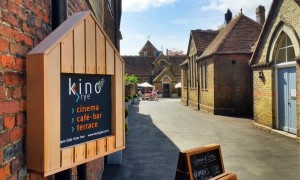 We are pleased to announce details of a free pop up concert during this 2015 Festival.

The pop up concert will take place in the Kino Cinema in Rye, on Wednesday, June 24th, 5:45pm.

The concert will be given by Michael Petrov, who is a young professional cellist appearing during the Peasmarsh Chamber Music Festival. Michael is a member of Trio Isimsiz, who this year will be the young professional ensemble in residence at the Festival. A short biography is below.

At the pop up concert, Michael will be playing some movements of solo Bach and Dutilleux’s Trois Strophes sur le nom de Sacher (1976-1982) for solo cello. The concert should last about 20 to 30 minutes.

Including new and young artists in its programme is a key element of the Festival. This year’s ensemble is made up of violinist Pablo Hernán Benedí, cellist Michael Petrov and pianist Erdem Misirlioglu, who together form Trio Isimsiz. In addition to their performances during the Festival, the trio will participate in our education concert on Friday 26th June. 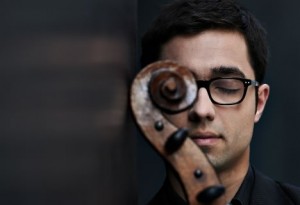 Michael Petrov, cello, was born in 1990 in Bulgaria. He studied at the Yehudi Menuhin School and at the GSMD with Louise Hopkins, winning the Gold Medal in 2014. Over the last year he has made his debut with the Philharmonia, Royal Philharmonic and English Chamber Orchestras.

During 2014/15 he gives recitals at major concert halls throughout Europe as part of his nomination by the Barbican Centre as an ECHO Rising Star.