Peasmarsh Chamber Music Festival aims to bring world-class musicians of international standing to rural East Sussex so that audiences from nearby and afar can enjoy chamber music in greater intimacy. With nine concerts over four days, an emerging ensemble Residency and an Education Programme with local school children, it is a significant event in the regional cultural calendar.

For all press enquiries please contact the Festival Manager.

…this festival in rural Sussex has become an important fixture, with world-class instrumentalists delivering repertoire with a left-field slant. The Indepedent – Michael Church *****

‘Last year I went to the Peasmarsh Festival and I heard Anthony Marwood playing the violin and playing that piece. I was totally transported by that piece of music and I will always remember and I think he will as well is when he finished at the interval I saw him in the garden; I rushed to him, embraced him and thanked him for my discovery of this incredible piece of music.’

David Hare in The Observer about the 2015 Peasmarsh Chamber Music Festival:

‘Peasmarsh, in late June, is a magical festival. You rub your eyes. Anthony Marwood is playing the violin and he’s only three feet away. From the first chord hit by the pianist Aleksandar Madžar in the Church of St Peter and St Paul you could tell that everything this year – Stravinsky, Beethoven, Haydn – was going to be good. The amazing Tchaikovsky piano trio was even better than the picnic in the graveyard at dusk. We have friends who let us stay with them in Playden, just north of Rye, and we woke to sunlight in that gentle, idyllic part of Sussex, which I barely visited when I was growing up beside the cold pebbled shore of Bexhill, only 15 miles away.’

‘The Peasmarsh Chamber Music Festival has become the premier summer musical event of its kind in the Rye area and seems to maintain and even improve its remarkably high standards each year.’

For media enquiries and requests for high-res pictures please contact the Festival Manager using the link above. 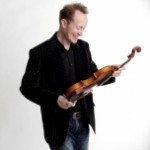 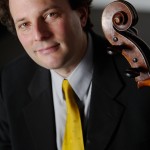 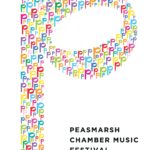