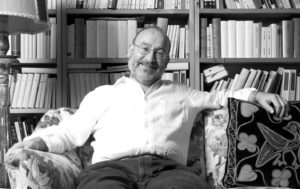 Born in Sicily, 1947, Salvatore Sciarrino is a prolific composer who has had compositions commissioned and performed in all the great concert halls and festivals across the world, including Teatro alla Scala, Biennale di Venezia, Amsterdam Concertgebouw, Salzburg Festival, and Berliner Festspiele Musik. Initially self-taught, crediting himself as ‘being born free and not in a music school’, Sciarrino’s constantly evolving style is said to lead the listener to ‘a different way of listening’.

With his Sei Capricci, Sciarrino develops violin techniques never previously seen or heard, from the way the bow is used to how the fingers are placed on the fingerboard. This not only requires the soloist to play differently, but also the audience to hear with different ears. The effect is a voyage together for both soloist and audience into Sciarrino’s new soundworld.
‘Each Caprice is an ambitious, virtuosic showpiece…..these six pieces are living, breathing musical paradoxes‘ – Tom Service on the Sei Capricci
Performed in the festival Late Night Concert with Purcell’s Fantasias of 1680, we asked Anthony to tell us why this pairing is so special, and what the audience can expect:

In the twilight of the viol’s popularity, just as the new-fangled violin was in its ascendancy, the young Henry Purcell wrote some of the most experimental and deeply expressive contrapuntal music for  viol consort, in groupings of three parts up to seven. The form of the ‘Fantasia’ was also going out of fashion by then, so it is interesting that Purcell chose this context to unleash his imagination. His Fantasias fascinate in their construction, with inversions and augmentations galore, spiced with chromaticism and swerving into tonalities and keys that must have challenged his rather conservative audience at the time. To our ears the music is just heavenly, and even sensual.
‘The fantasias, …, are not only masterpieces of contrapuntal writing but are also passionate revelations of the composer’s most secret thoughts.’  – New Grove
In our late-night concert (Saturday 23rd June, 9.45pm) we intersperse some of these remarkable compositions with solo violin music of a completely different kind, and written almost exactly three hundred years later. You may not have heard anything quite like it. Salvatore Sciarrino wrote his Six Caprices as a kind of anti-homage to Paganini’s famous Twenty-Four. The ‘unplayable’ Paganini is evoked immediately in Sciarrino’s first Caprice, a kind of negative image of the original (it also looks this way on the page) : Sciarrino uses harmonics and extended techniques to produce a magical, ethereal sonic world, playful, provocative and, in its own way, extremely beautiful and contemplative.We hope this musical conversation across the centuries will inspire and intrigue you as the midsummer light fades around the ancient church.