Composed whilst he was Kapellmeister in Köthen, Bach’s cello suites are among his most recognisable works; fiendishly demanding, they hold an iconic place in the Classical canon. Commissioned towards the end of WWII, Metamorphosen for 23 strings was originally conceived as a septet, as heard in this performance. Also a commission, in this case from the cello-playing Frederick William II, K.575 was the first of Mozart’s King of Prussia Quartets and, unsurprisingly, is full of delicious, prominent tunes for the cello.

Dedicated to, and premiered by, Hanuš Wihan (with whose wife Dora Strauss was in love, exchanging romantic letters over many years) Strauss’s Sonata – completed when the composer was 19 years old – was well received and quickly became a central part of the cello repertoire. Haydn’s Dream Quartet, one of the Prussian Quartets cheekily sold to publishers in both Austria and England, is followed by Brahms’ melancholic Horn Trio performed here, as the composer intended, on natural horn, despite the prominence of the valve horn by this point in the 19th Century.

Please book for either concert 1A or 1B

We are very pleased to be able to go to five local primary schools this  summer to offer composition workshops, led by Peasmarsh animateur  Sam Glazer.

This year, instead of bringing all the young composers from different  schools together, Sam (with musicians from the Peasmarsh Festival)  will present a mini-concert in each school, so the young composers can  perform their new works and hear some world-class chamber music.

*Please book for either concert A or B

Exploiting the virtuosic capabilities of the cello, and epitomising CPE Bach’s influential move away from the Baroque and use of a more so-called empfindsamer, or ‘sensitive’ style, CPE Bach’s Cello Concerto is followed by Shostakovich’s Octet, composed alongside his first symphony when he was just 18 years old. Selected by Gramophone Magazine in 2019 as Mozart’s most popular of his violin concerti, his third is preceded by Raskatov’s humorous showpiece on themes by Wolfgang Amadeus, composed and dedicated to violinist Gidon Kremer in 2000. The concert ends with Ives’s remarkable and evocative work, The Unanswered Question, in which a solo trumpet repeatedly asks the ‘eternal question of existence’.

This celebration of chamber music from the first half of the 20th Century begins with Britten’s atmospheric quartet, premiered at the Wigmore Hall in 1945 in a concert to mark the 250th anniversary of the death of Henry Purcell. Believing that WWI would result in freedom from the Austro-Hungarian empire, Suk wrote his Meditation to ‘strengthen the hope in the return of power to the hands of the Czech people, after the storms of wrath are over.’ The concert ends with Janáček renouncing the tyranny of men over women in his Kreutzer Sonata, based on Tolstoy’s novella of the same name.

Celebrating Vienna’s rich musical heritage, the concert begins with Mahler’s unfinished Piano Quartet. Composed when he was just 16 years old, although not performed until 1960, it is the only surviving chamber work from this period of his youth. Also unfinished, Schubert’s lyrical String Trio Movement is followed by Danish composer Hans Abrahamsen’s 1984 commission for Danish Radio, based on six of his Studies for Piano. The programme draws to a close with Schubert’s profound and hymn-like Impromptu for solo piano.

6A SATURDAY NIGHT IN WINCHELSEA

6B SATURDAY NIGHT IN PEASMARSH

Please book for either concert 6A or 6B

A programme celebrating the beauty, pathos, passion and wit of Latin musical culture. Turina’s Bullfighter’s Prayer was originally written for a quartet of mandolin-like folk instruments. Puccini’s elegy, Crisantemi, was composed in one night, upon hearing of the death of his friend the Duke of Savoy, and is rarely heard in its original version for string quartet. Commissioned for a soiree with virtuoso double bassist Domenico Dragonetti, Rossini’s Duo is a witty, sensitive and virtuosic demonstration of how entertaining these two instruments can be.

* Please book for either concert A or B

Like his opera, Capriccio, of 1942, the final programme in the Peasmarsh festival opens with Strauss’s rich, Romantic Sextet. Inspired by Bartók’s third and fourth quartets, Ligeti’s quartet – titled Métamorphoses nocturnes – was composed under the restrictions of Communist Hungary, before Ligeti emigrated to Austria and was able to explore his passion for the avant-garde. Proclaimed by Clara Schumann to be ‘brilliant, fresh and compassionate’ and just the sort of work that she liked, Schumann’s Adagio and Allegro of 1848 is performed in this concert on horn and piano (Schumann also produced alternative parts for cello and violin). The festival draws to a close with Dvořák’s second String Quintet, with double bass instead of 2nd viola; a composition for which Dvořák won 5 ducats in a competition. 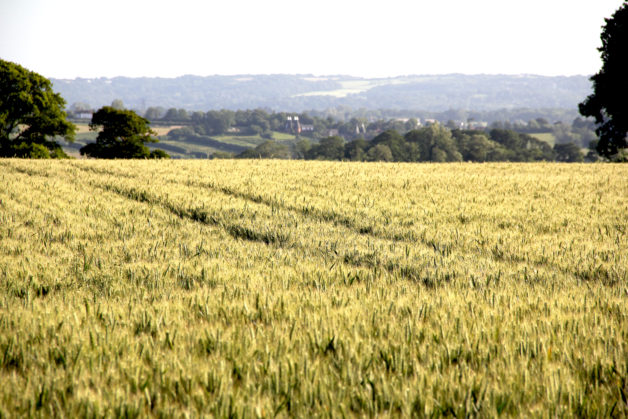 Please click here for further information about becoming a PCMF Friend or Patron and please visit our Festival Archive for details of previous years’ guest artists and programmes.