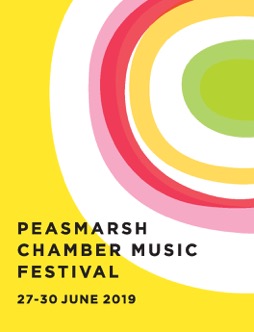 ** Programme update: Please note that the opening piece in this programme will now be Mozart’s Piano Quartet in Eb KV493 **

Join festival directors Richard and Anthony and their internationally acclaimed guest artists, on a whistle-stop tour of Europe in the 1800s. Cherubini’s rarely performed Classical masterpiece contrasts beautifully with Fauré’s unerringly elegant Romantic piano quartet. The concert opens with Schubert’s Adagio and Rondo Concertante of 1816, a pianistic tour de force and his first composition for piano and string ensemble.

To express that which is within you with sincerity….would seem to be the ultimate goal of art – Gabriel Fauré

Aurora Orchestra with participants from our education workshops. Led by Sam Glazer.

We are delighted to welcome you to the culmination of the festival’s education workshops, in an interactive concert for all ages that celebrates the imaginations of our young composers, as they premiere the pieces that they have been working on. Expertly led, once again, by the inimitable Sam Glazer, we are thrilled that Sam will be joined this year by Aurora Orchestra.

Tickets are free but please indicate on the booking form if you wish to attend this concert. Please contact the box office for further information.

Tonight’s concert celebrates three masterpieces of the 20th Century, each composed (or orchestrated) 100 years ago as Europe emerged from the Great War. Ravel’s tribute to François Couperin is a highly personal work, commemorating friends lost during the conflict. Originally composed for violin and piano, and rescored for violin and orchestra in 1920, The Lark Ascending is now a cherished part of the classical canon. His last major work, it was not until the 1960s that Elgar’s moving Cello Concerto gained its rightful place as a pillar of cello repertoire.

As the First World War was engulfing Europe, Ravel, in his haste to enlist, completed his trio with the ‘…sureness and lucidity of a madman’. It now stands as arguably the most inspired and important piano trio of the twentieth century. Full of character and invention, the concert opens with Haydn’s Piano Trio in A major.

This trio belongs to another league! – Ensemble Magazine on Trio Gaspard

Schoenberg’s 1906 Chamber Symphony was ground-breaking in its modernism and even provoked a riot at one of its early performances. It is performed here in the chamber arrangement made by his pupil Anton Webern. The great ‘Cello Quintet’ was Schubert’s final chamber work. Completed in 1828 just six weeks before the composer’s death, it remains one of the most evocatively beautiful musical creations.

Having made a particular study of the music of Mali and transcribed much of its virtuosic kora repertoire to solo guitar, Derek Gripper is joined by Anthony, Richard and other festival artists in a new ensemble work based on the Manding Empire’s classic composition Poyi, reputed to be the origin of the blues style and the generative piece for much of West Africa’s later repertoire.

Beethoven’s noble A major cello and piano sonata took the cello to new heights of expressivity. Paired here with Mozart’s most celebrated piano sonata, this programme explores the beautiful textures and sonorities of a fortepiano of the period and a cello strung with gut.

Above all, Kristian Bezuidenhout knows how to make a fortepiano sing. – Kate Molleson, The Guardian

Showcasing the astounding talent of our guest artists, this afternoon’s concert is full of colour and imagery, from Kurtág’s depiction of child’s play to Liszt’s dazzling musical picture of the fountains in the Villa d’Este, near Rome, considered to be one of the first works of musical impressionism. Saint-Saëns’s large and complex second piano trio is now considered a masterpiece of French chamber music. Written during a time of isolation for the composer when musicians of the day were looking back to Wagner and forward to the next generation to lead the way.

Beethoven’s Kakadu Variations – an early work, although much revised – was ultimately his final piano trio to be published. Elliott Carter’s string trio has been described by Charles Rosen as a ‘…dramatic and satisfying work’. Composed in the year before his death, the trio promotes the viola to the primary voice in the ensemble. Robert Schumann’s touching and spirited Adagio and Allegro was written to exploit the newly developed valve horn, with alternative solo parts for violin, viola or cello. The work delighted Clara Schumann when she gave the first performance. Also premiered by Clara, the young Brahms’s extravagant G minor piano quartet explores the extremes of virtuosity and emotion, closing the festival with its famous rousing ‘Gypsy’ finale.